How it all started

The management board of the former Wirz Investor Relations AG, consisting of Martin Meier-Pfister and Anja Stubenrauch, acquires all the shares of the company in a management buy-out. This lays the foundation for the independent positioning of IRF on the market of corporate and financial market communications. To the Interview 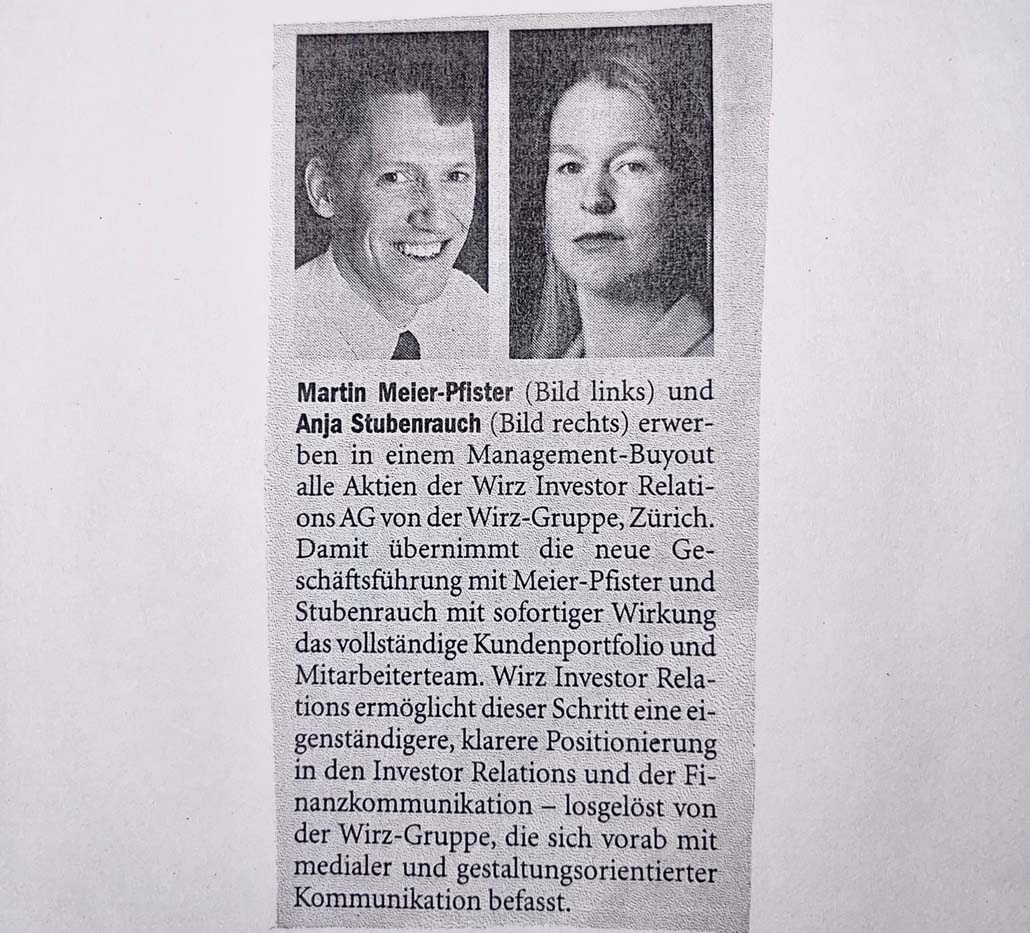 Moving to the offices at Bellevue

The still young company moves into its office in Zurich in a prime location above the venerable restaurant Kronenhalle at Bellevue. The central location is appreciated by employees, customers and media professionals alike. And even after 20 years, IRF can still be found in its usual place. What has also barely changed during this time is the menu in the Kronenhalle as well as its unparalleled ambience. 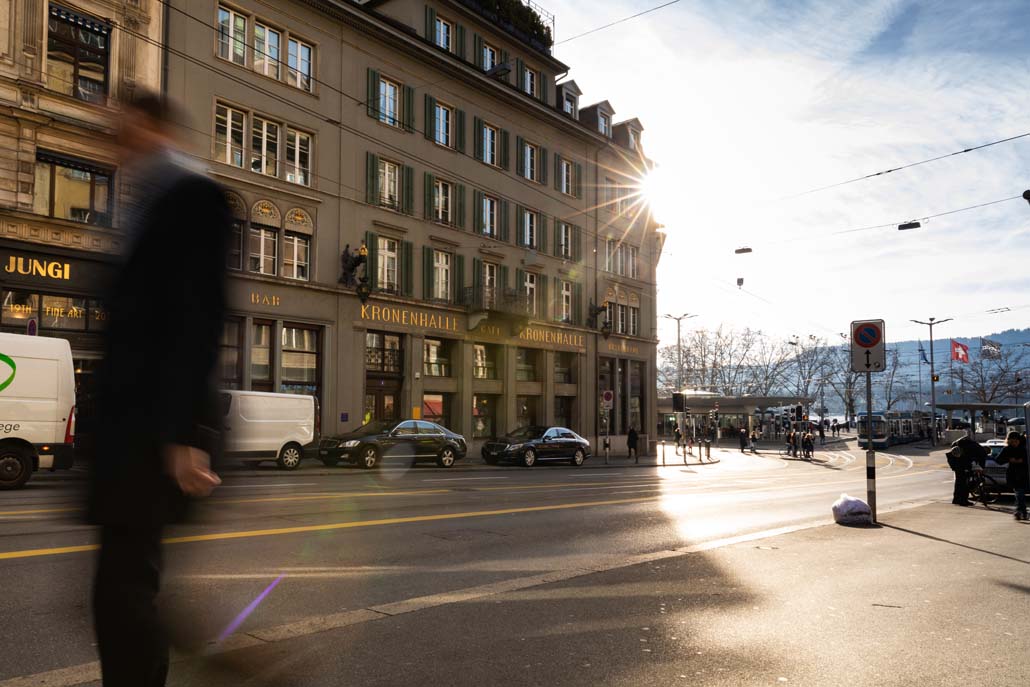 In the midst of the biggest economic scandal in Switzerland

IRF supports the administrator and liquidator of the bankrupt Swissair, Karl Wüthrich, in his communication with the media. The cooperation with the administrator in the biggest liquidation proceedings in Swiss business history gave us an insight into a highly complex subject. In the four liquidation proceedings – SAirGroup, Swissair, SAirLines and Flightlease – around 25,000 creditors declared receivables amounting to around 150 billion Swiss Francs. After adjustment of the liabilities, receivables of 20 billion Swiss Francs from 15,000 creditors ultimately had to be recognised. 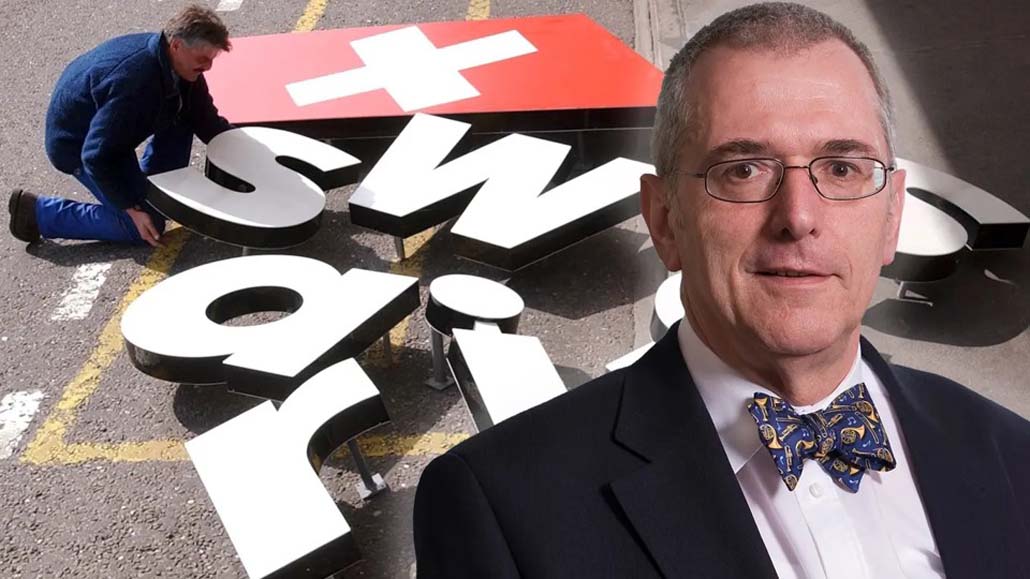 Two adventurous investors called Mirko Kovats and Ronny Pecik acquire shares of the floundering Unaxis (today Oerlikon) and put pressure on the Board of Directors – who are advised by IRF. When Unaxis core shareholder Ihag sells its shares to Kovats and Pecik, the coup is complete. Even with good communication, nothing more can be done. 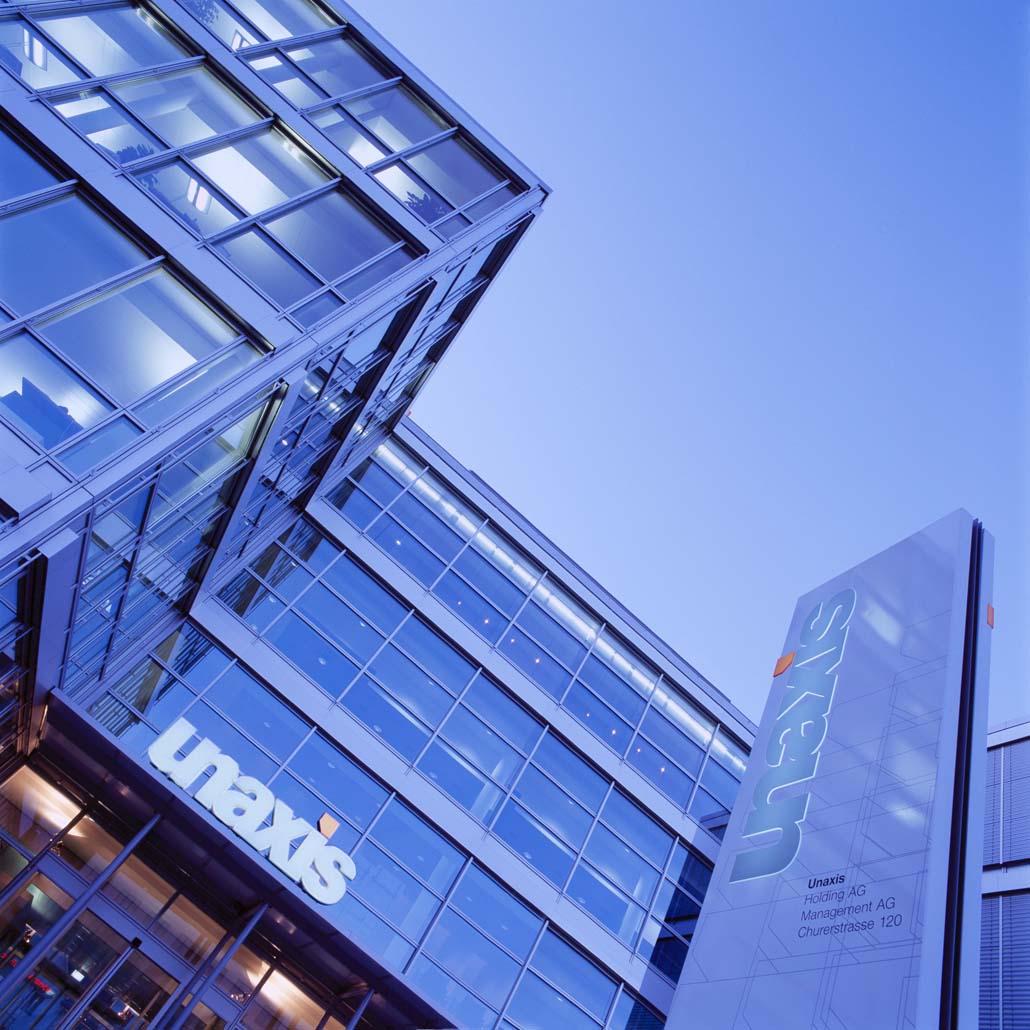 With the IPOs by Newron and Cosmo, a strong series of IPOs starts for IRF, and at the same time the expansion of the life science expertise, which would be reflected in many more mandates from the sector. 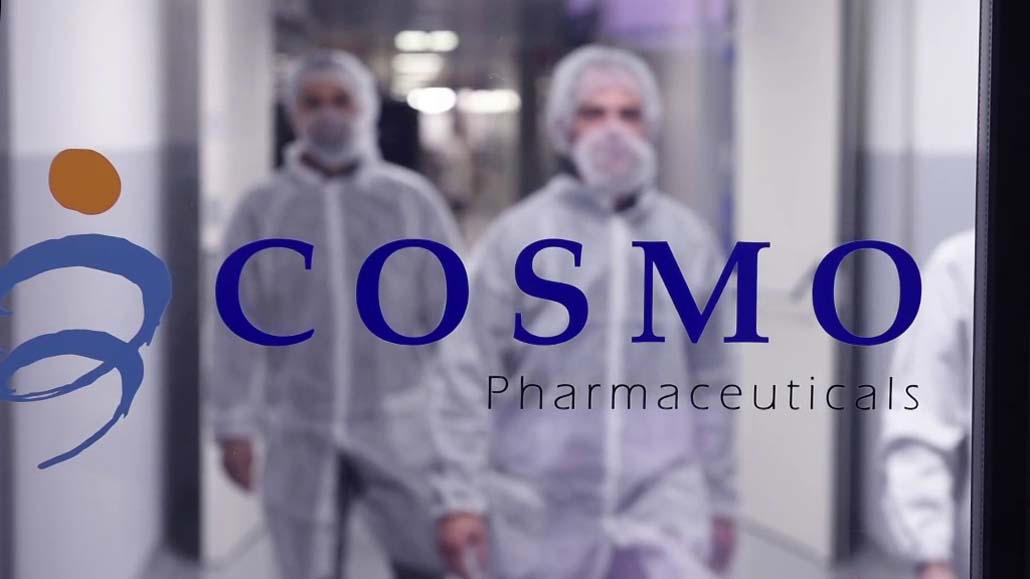 IRF becomes the official Swiss partner of Financial Dynamics (today FTI Consulting). The benefit of IRF’s connection with a strong international network was recognised early on. The cooperation with the FTI network with 650 consultants in key markets around the world becomes a key pillar for IRF. IRF becomes one of the first affiliate partners of FTI. More than 30 joint projects bear witness to a fruitful cooperation. In addition to the joint client mandates, senior IRF consultants gather experience at FTI locations, notably in Brussels. To the Interview

IRF, short for Investor Relations Firm, undergoes a rebranding into IRF Communications and thus underscores the broad expertise in the areas of corporate communications, media work, reporting and positioning.

The Basel speciality chemicals group Ciba is taken over by BASF. The German group offers a good CHF 6 billion for the chemicals group. Ciba could not get going during the previous years despite various reconstruction and dismantling exercises. The offer from Germany thus came at an opportune moment. IRF advises BASF during the takeover, together with their German colleagues from FTI Consulting. 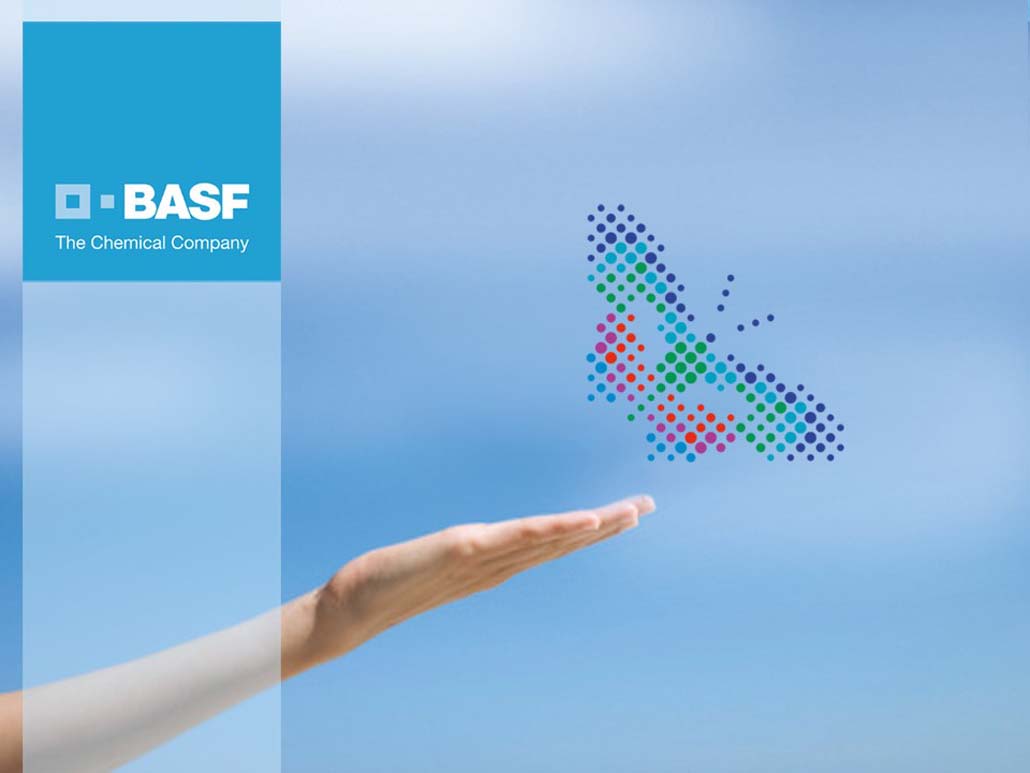 IRF takes over management of SVSP

A new era begins at IRF with the takeover of the executive board and public relations work of the Swiss Structured Products Association (SSPA, formerly Schweizerischer Verband für Strukturierte Produkte, SVSP). The executive mandate goes way beyond the classic disciplines of PR and organisational communication. Over the last eleven years, SSPA has not only overcome ups and downs on the international financial markets, but gained significantly in size and importance. 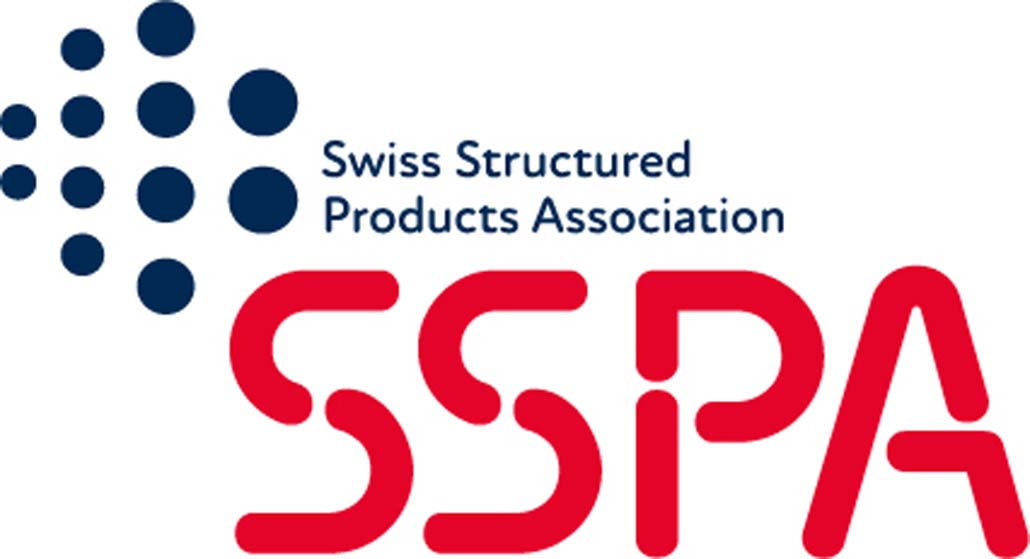 IRF invites guests to its large-scale birthday party at “Jade”. Around 200 guests enjoy a show performed by partners and staff with wit, humour and a retrospective view of the first ten years. Silently, but with the written word, surprising stories were told. Based on the concept of the comedy duo “Ohne Rolf”, who unfortunately was not available on that evening, the IRF team took to poster and pen themselves. 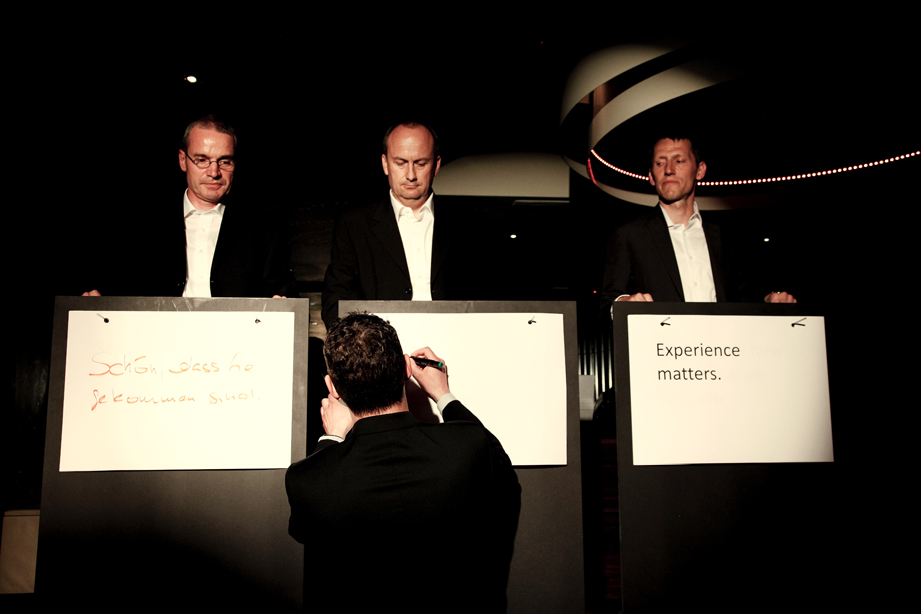 IRF flies around the world with AMAC Aerospace

AMAC Aerospace, specialised in the interior furnishing and maintenance of VIP private jets at Basel’s EuroAirport hires IRF to perform global media work in its target markets. AMAC Aerospace will be the most international mandate for IRF over many years. IRF thus oversees media contacts, trade fairs and events in Shanghai, Dubai, Marrakesh, Istanbul, Las Vegas, London, Hamburg, Geneva and of course at the headquarters in Basel. 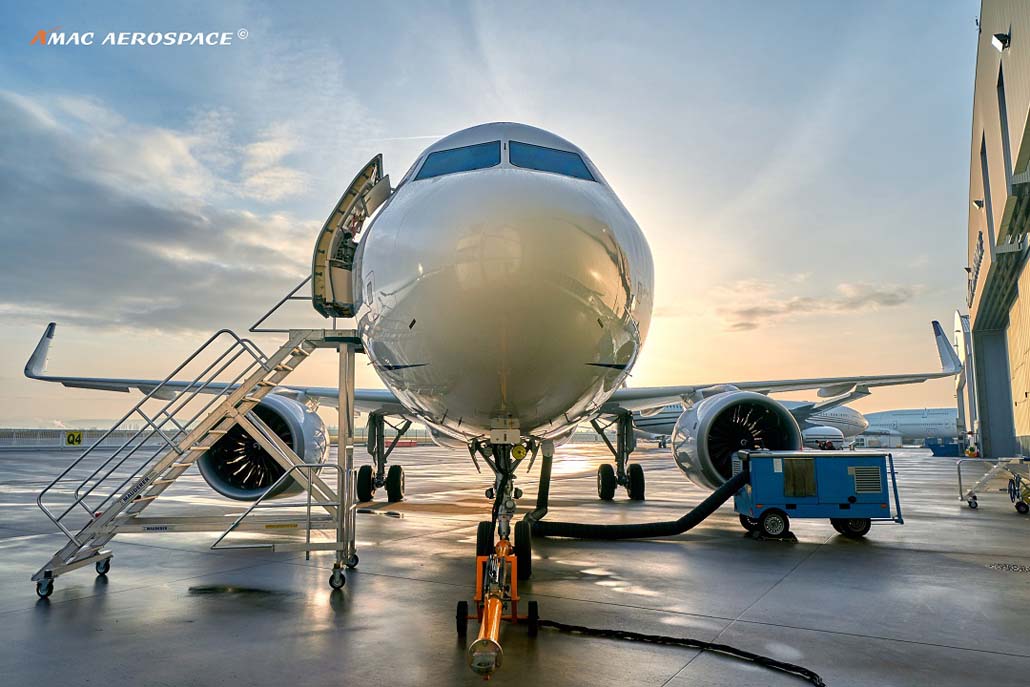 In the Swiss PR agency ratings published by the magazine “Schweizer Journalist”, IRF is crowned as the best communications consulting firm in Switzerland. According to the journalists, IRF can rise even higher after their respectable second place ranking in the previous year. The rating is based on a survey with journalists in the most important Swiss media. However, the annually recurring ranking sometimes brings forth strange blossoms. Over time, IRF’s position goes through almost all possible rankings between 1 and 20. The logic and reliability of the underlying methodology are beyond our comprehension, even today.

A hitherto largely unknown Swiss hightech company goes public and shines as a “hidden champion” with one of the most successful IPOs in recent years. IRF is proud to accompany the process on the communications side. The year 2016 is one of the strongest years for IRF’s capital market expertise with a total of three successful IPOs (VAT, Investis and Varia US Properties). 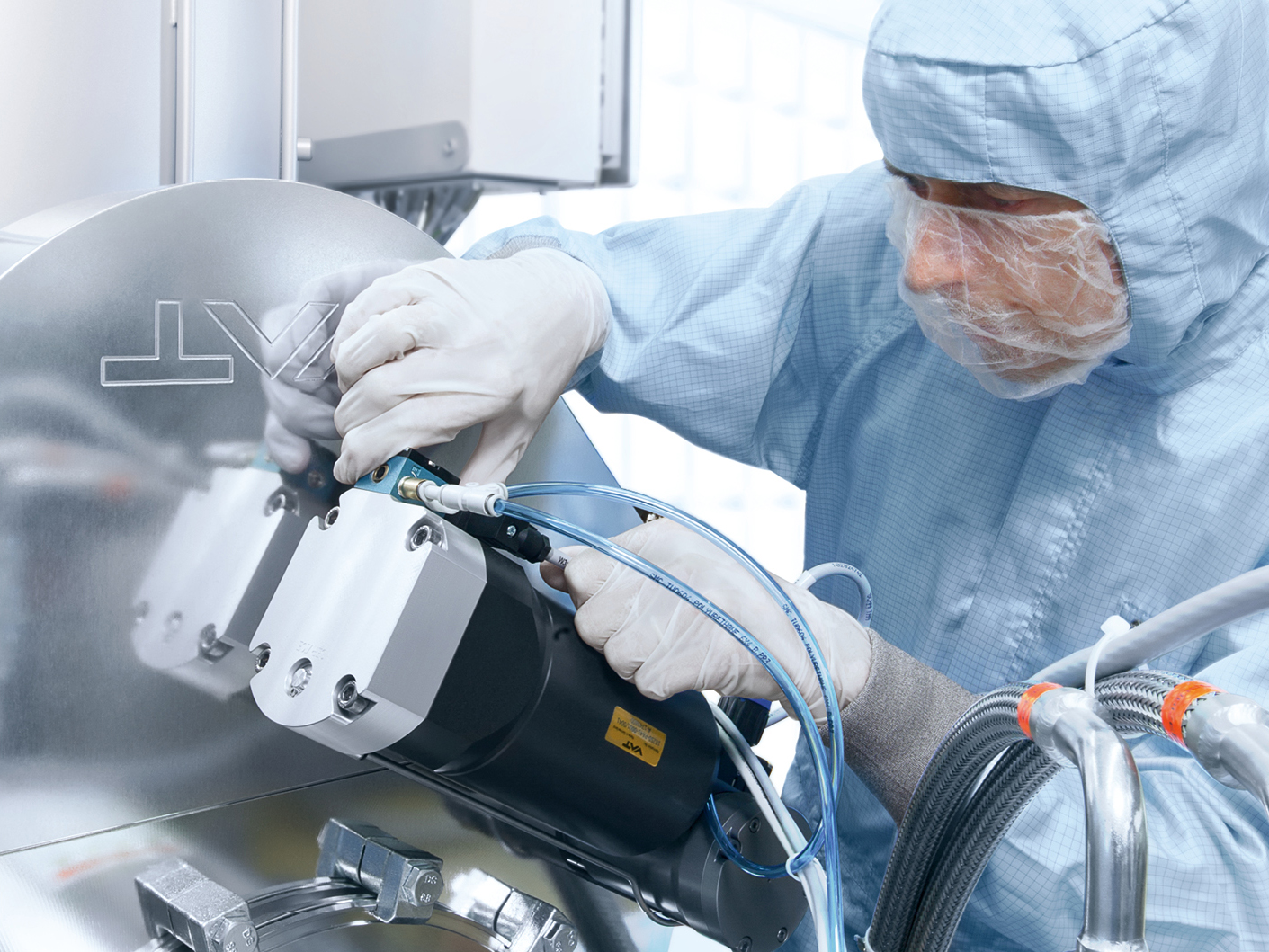 The takeover of Syngenta by ChemChina, with media and communications support from IRF, is one of the major deals of the decade. The state-owned Chinese group bought Swiss-based Syngenta for USD 43 billion. The giant deal today remains the largest takeover carried out by a Chinese company worldwide. 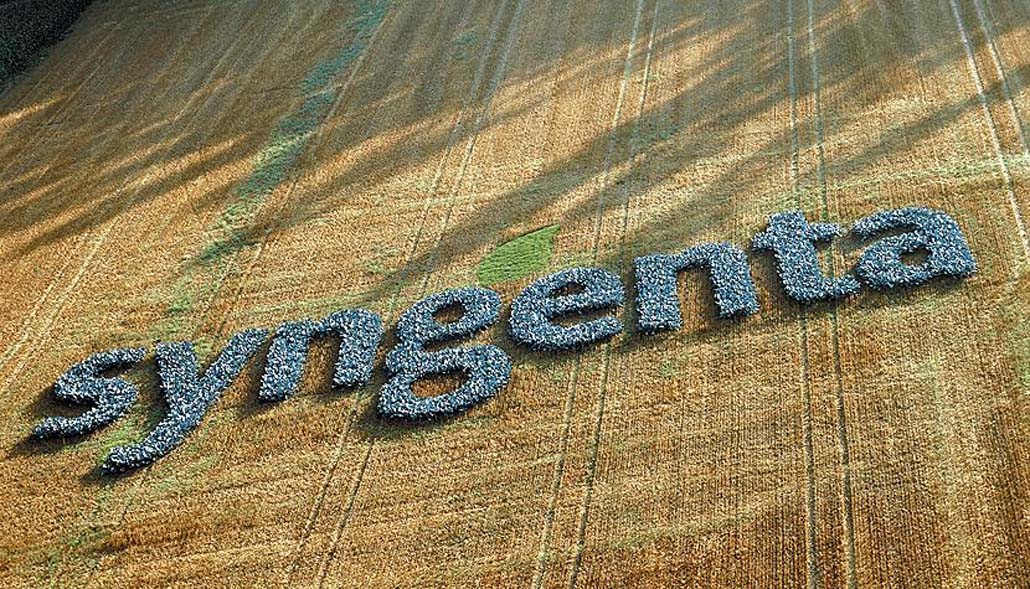 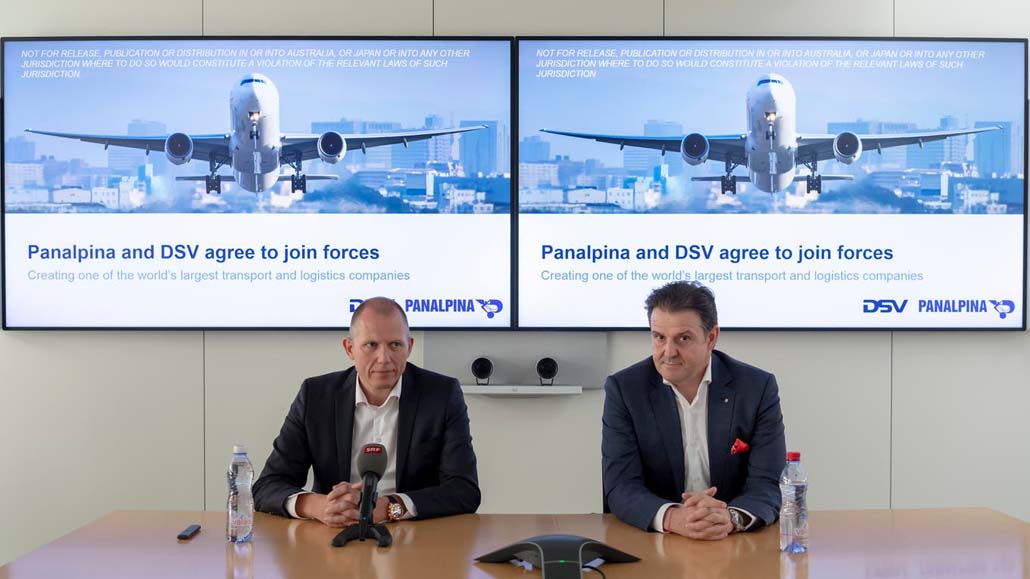 IRF adopts a new brand image. IRF Communications AG is now called IRF Reputation AG, or IRF for short. The new claim “We build reputations” underscores the focus of services on developing, managing and fostering the reputation of companies, organisations and persons.

IRF leads the communication for the takeover of the 25% participation of Electricité de France to Alpiq by Primeo Energie, EOS Holding SA and CSA Energy Infrastructure Switzerland. This purchase paves the way for a Swiss ownership structure from Alpiq. The subsequent voluntary public takeover bid from CSA and the delisting are carried out successfully despite controversial discussion in the financial community. 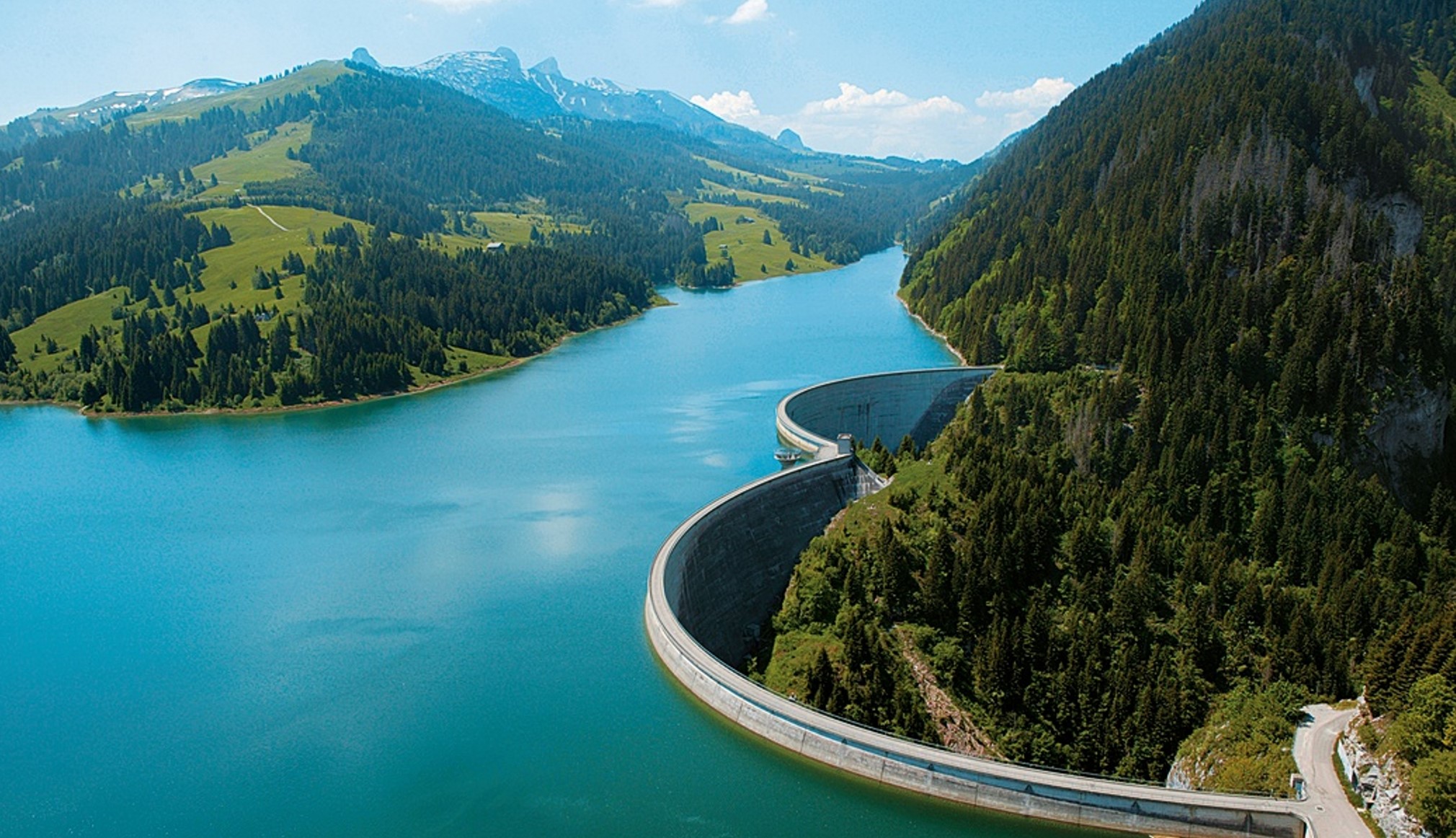 Simple communication with a cryptic topic

CyOne and InfoGuard, domiciled in Zug and emerging from the Crypto Group, get caught up in the whirlpool of what is known as the Crypto Affair. It becomes known that Crypto AG manufactured manipulated devices. Both the CIA and the Swiss Intelligence Service were able to crack the devices and intercept over 100 countries. IRF functions as a consultant for CyOne and InfoGuard. 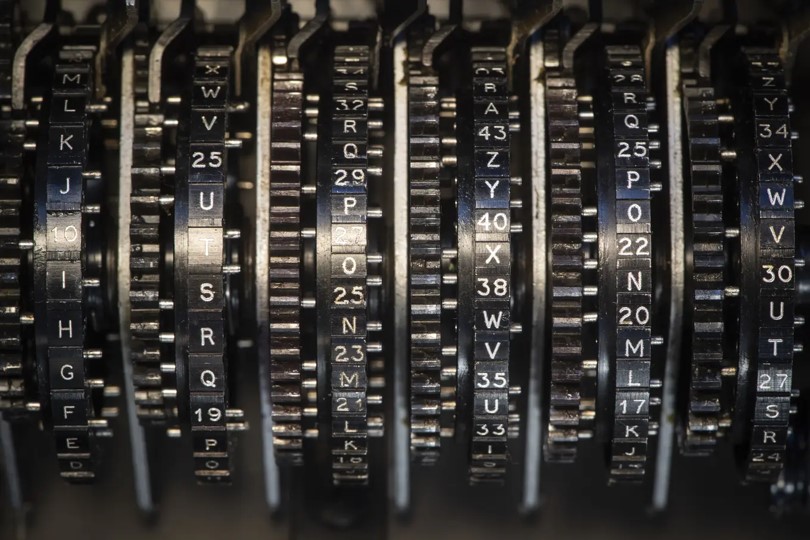 IRF opens a branch office in the Rue du Commerce in Geneva. IRF has been advising various customers in all regions of Switzerland for many years. Multinational companies and organisations in particular are increasingly looking for support in the Geneva region.

The Australian group CSL offers CHF 11 billion for the pharmaceutical company Vifor. IRF will advise CSL in the transaction and its implementation over the course of 2022.

20 years of IRF – 20 years of Swiss business history. We are proud to have grown into one of the leading companies for strategic communication for companies, organisations and persons in Switzerland over the last 20 years. A young, competent team, new topics and expertise, as well as a host of new ideas take us into the future and further strengthen our position in the market. We thank our customers, partners and friends for their trust, their loyalty and our successful business relationship. We’re looking forward to the next 20 years!